Special Deeds for Special Needs Kids is our passion!

I have been married to Katie Thomas since 2003. Since then we have had 5 beautiful children Charlize, Chace, Cohen, Cannon and Kaitlyn. I have been dealing blackjack since 1998. I am a father of a special needs child so I know first hand how hard it can be for the parents and child and how one little act of kindness can go so far. I have been very creative in keeping my child safe while still having fun.

I am dedicated to helping families with special needs kids with knowledge, resources, and to improve the quality of life.

I have been married to to my husband Corey since 2003. We have 5 amazingly beautiful children together. I am a stay at home Mom and I am also a Graphic designer. I’ve been doing Graphic design since 2001. I love to be creative and make people smile with my art.

The reason why I wanted to do bedroom makeovers for special needs children is because my second child, Chace is special needs. Long story short, he was born full term and perfect. APGAR scores 9/9. We were released from the hospital around 27 hours after birth. Way too soon. The doctor and nurses didn’t check his jaundice level or read his coombs test before he was released as he was at very high risk for jaundice because of our blood type.

Not a big deal but it needs to be closely monitored. Unfortunately, we did not know that at the time.

Chace developed severe jaundice. Three days after being released, I brought him to the doctor and his jaundice level was very high. It was at a level 33. The second highest the hospital has ever had.   Anything above 25 starts frying the brain. He had to have a double volume blood exchange transfusion to remove the billirubin and spent 9 days in the NICU. It was so scary.

Due to this medical negligence, my son lost most of his hearing, he has a rare type of brain damage called Kernicterus and he has a movement disorder called Choreoathetoid Cerebral Palsy.   This type of brain damage is 100% preventable. All that had to be done was for the hospital to put him under the billi lights to keep his jaundice level down and monitor him. He would have been fine today had they done that. Read the whole heartbreaking story of Chace.

We were and still are devastated.   We tried to sue the doctor and the hospital for medical negligence but they lied their way out of it and unfortunately we lost. It was heartbreaking. My son deserved justice and he didn’t get it. It has been a very challenging time in our lives but we are trying to move on and do something positive.

After the trial we started remodeling Chace’s bedroom. We wanted to make it safe and more functional for him. After seeing his extremely happy reaction to his new bedroom we thought this would be amazing to do for other special needs children. We decided that we want to help as many Special needs children and their families as we can. We want to make their living arrangements a little more safe, functional and special. They deserve it!

With my design skills and Corey’s amazing carpentry skills we knew that this is something we could do together and we could do this in honor of our son Chace. 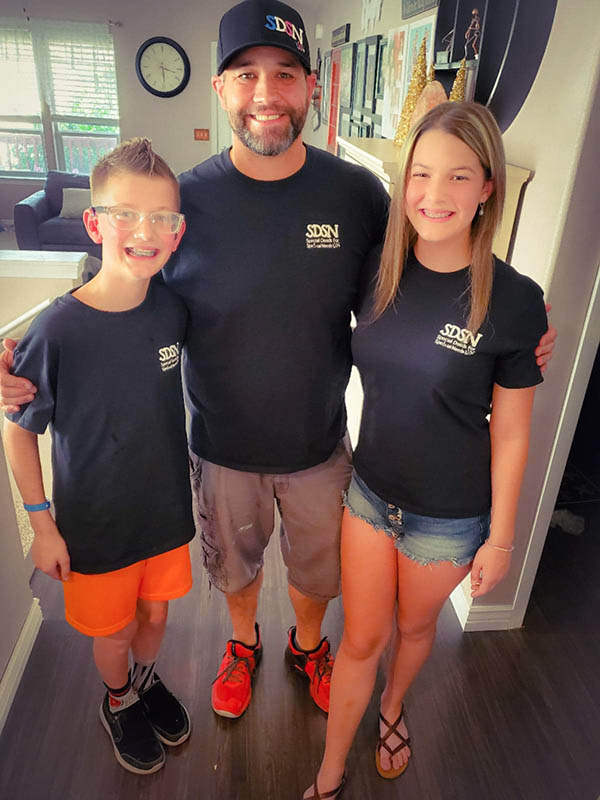 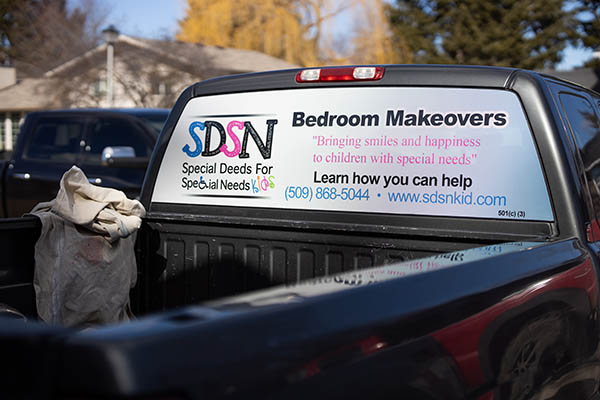 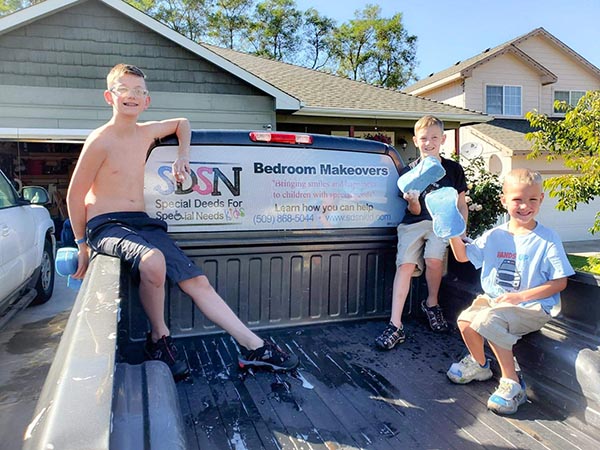 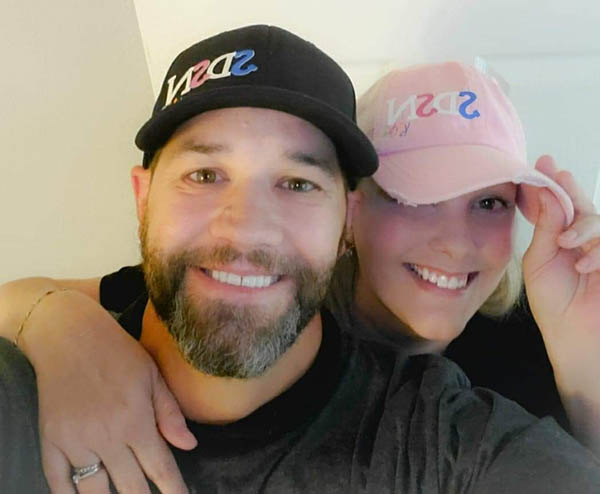 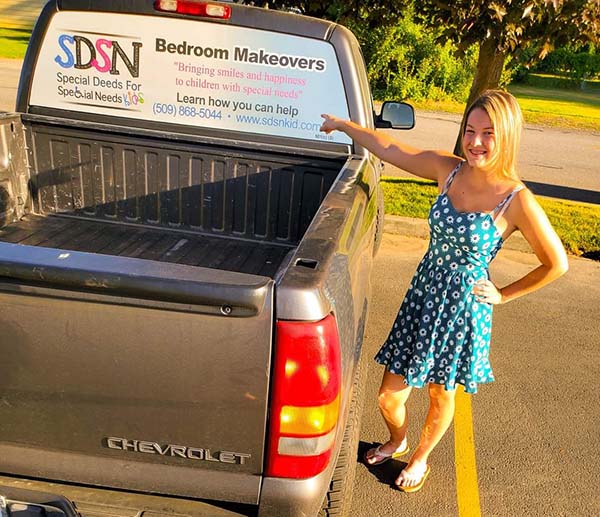 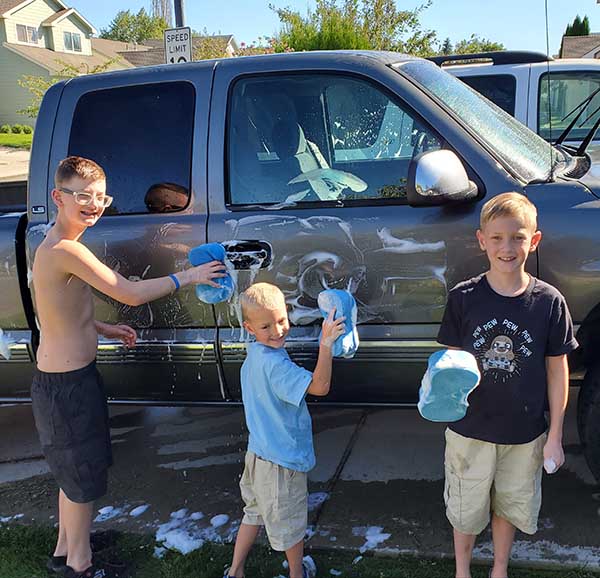 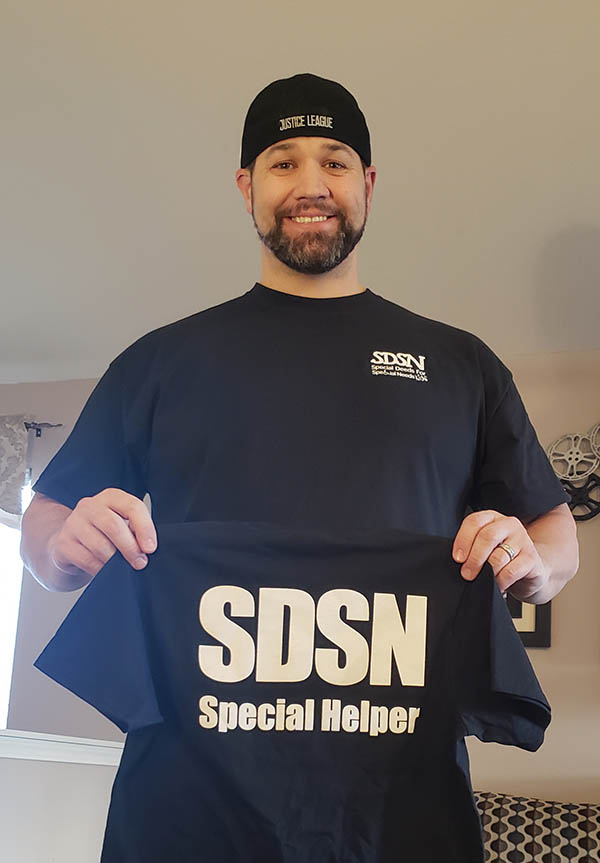 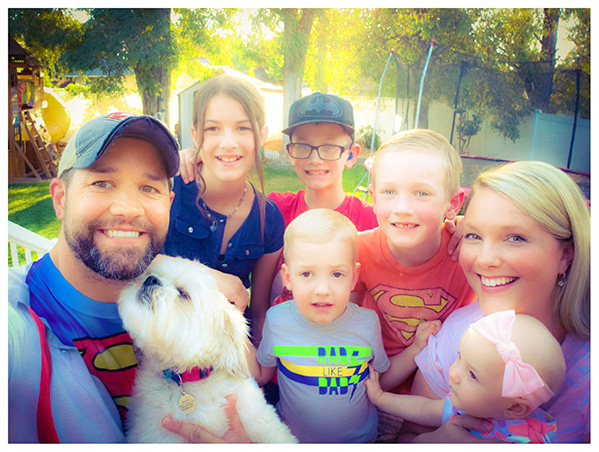 Tarra Bouanani is a life-long friend of Corey Thomas, the founder of SDSN. They met in 1993 when they became teammates on the high school bowling league, at which time they discovered they were also classmates attending the same high school. After high school Tarra went on to attend Washington State University, earning her Bachelor’s Degree in Business & Accounting. Today, she is an accounting and tax professional, employed by a mid-size CPA firm in Spokane Valley, WA, with nearly 20 years of experience in the industry.

Tarra is a current officer and board member of SDSN, managing the finances and accounting of the organization. She prepares financial reports for each meeting and sees that complete and accurate records are kept regarding the organizations financial activities.

In her spare time, Tarra enjoys spending time with her husband and being a mom to two teenage boys, attending their sporting events and activities. She also enjoys bowling, camping, traveling, and spending quality time with family and friends.

Michella was born and raised in Spokane Valley, WA. She has a passion for helping local small businesses. She has a B.A. Degree in Graphic Art with and Emphasis on Web Design. She is new to the SDSN team but she is fitting right in!

100% of your sponsored donations are tax deductible.

SDSN is recognized by the IRS as a 501 (c) (3) tax exempt nonprofit approved organization based in Spokane, WA that was founded in 2015 by Corey and Katie Thomas.